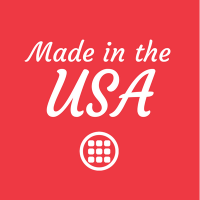 Ingenuity (and Waffles) are Made in the USA

I always look forward to reading about the winners of the Smithsonian Magazine’s American Ingenuity Awards every year. The publication highlights the thinkers and dreamers – everyone from rock stars, Nobel laureates and civil right icons – that make this country (in my opinion) the best in the world. Last year included Anthony Atala, a surgeon who is 3-D printing live organs, but also actor and comedian Aziz Ansari, who has honed the voice of his generation.

Given out each November, these awards highlight the fact that the ingenuity and industriousness this country is known for extend beyond those among us who can create live organs like Mr. Atala, or detect gravitational waves (like one of the other winners). No, American ingenuity just requires us to think differently, work hard, and rely on the ideas and innovation we all possess.

As we approach Independence Day this year, I thought it was a good time to reflect on how that American spirit has manifested itself in our country’s favorite breakfast entrée.

The American Evolution of the Waffle

While we’re proud our waffle bakers and mixes are made with quality and care here in the U.S., our country can’t lay claim to the invention of the waffle. And while most of us associate the waffle with Belgium, home of the Brussels waffle and the Liege waffle, the breakfast treat goes back even further.

In fact, a waffle ancestor was a hotcake made from cereal pulps in the Neolithic Age (about 6000 BCE to 2000 BCE). No syrup or whipped cream back then, but just like today’s version, the cake needed to be flipped so both sides could be cooked.

Fast-forward a few millennia and we find first mention of the name in print—spelled “gaufre,” which is Old French for “wafla.” Early designs for the waffle irons of the time include religious symbols, coats of arms, and the first appearance of the characteristic honeycomb pattern we know today.

The waffle finally makes it to American shores in 1620 when the Pilgrims bring the Dutch version with them. Then, in 1789, Thomas Jefferson returns to the U.S. from France with a waffle iron that creates the crispness and shape of today’s waffle by enclosing the batter as it cooks.

American ingenuity takes over from there. By the 1800s, street vendors across American cities sell hot waffles topped with molasses and maple syrup, and in 1869, Cornelius Swarthout from New York patents the first waffle iron in the U.S.

More than a century later, Heartland’s founder Mary Steeb advanced the American waffle business yet again. It was 1986, and Mary couldn’t believe her eyes when she saw an amusement park employee throwing away not one, but four, waffle bakers. The purchasing director at the park told her the problem was that whenever a waffle baker needed a repair, the park didn’t have anyone to come out and service them, so out with the trash they went.

Already in the waffle making business, Mary believed there was a solution that would benefit waffle distributors around the country. The Heartland team got to work, and by September of that year, we had introduced our first Belgian waffle baker and the first ever Add Water Only Belgian waffle mix—a dynamic duo, providing customers with a higher yield and lower portion cost.

That start to our company has really set the tone for how we approach our business, and we’re always striving to find new ways to innovate in the industry. Our food scientist is currently working on adapting waffles into new menu items, and inspired by the Belgian tradition of eating waffles with your hands, we’re working on new ways of making waffles more portable for our on-the-go society.

I’m proud of our Midwest roots and made-in-the-USA products, and I love being a part of the strong history of American ingenuity.

Happy Independence Day from all of us at Heartland Waffles!