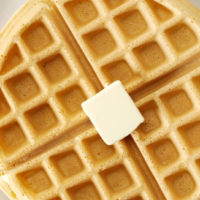 Gluten-Free but Flavor-Rich: All of Your Students Deserve a Treat

The gluten-free trend is growing! According to a survey from the NPD Group, a staggering 30 percent of the population is interested in avoiding or cutting down on gluten in their diets. Whether it’s for health needs or personal preference, those in the food industry have needed to adapt to this trend.

Does your dining hall provide a variety of gluten-free options? If you’re coordinating meals for college students, you likely have a number of students who either need, prefer or are interested in alternative grain sources. Heartland Waffles offers a simple way to accommodate the needs of all students without compromising on flavor, quality or cost.

The Necessity of Gluten Free Alternatives in Dining Halls

So, what is gluten? Gluten is an indigestible protein found in grains such as wheat, rye and barley. Three million Americans have severe allergic reactions to gluten because of an autoimmune condition known as celiac disease. Another 18 million people have varying levels of sensitivity to gluten.

Awareness of this increased dietary issue came to the forefront about five years ago. A survey conducted by the National Foundation for Celiac Awareness in 2013 revealed that 61 percent of students with gluten-free dietary needs were uncomfortable eating in dining halls because of the complications and lack of accommodations. They were finding it increasingly difficult to find acceptable and nutritious options in dining halls, and 38 percent of them were avoiding the dining halls altogether.

Many universities have made changes in recent years, offering more options to accommodate students’ dietary needs. The University of Connecticut opened the first certified gluten-free bakery on a U.S. college campus in 2015, and the University of Michigan includes a dining center that offers no fewer than 1,900 gluten-free recipes to its students! Many other schools are getting with the gluten-free program and finding that providing healthy and tasty alternatives is relatively easy. And the students – both those with dietary restrictions and without – take notice:

The benefits of a gluten-free diet

Beyond the medical necessity, pop culture has promoted a gluten-free diet as a healthy lifestyle choice. In fact, the number of people who adhere to a gluten-free diet has tripled in the last five years, even though those diagnosed with actual gluten intolerance has not increased. Many people who choose to forego gluten in their diet are finding a wide range of benefits such as:

Everyone’s dietary needs are different, and going gluten-free isn’t a quick fix for everyone. But many people giving it a try are finding the benefits worth the sacrifice. Having access to gluten-free alternatives is appealing, if not necessary, which means the food services like dining halls on college campuses need to provide these accommodations.

Gluten-free doesn’t have to mean flavor-free

Now, I have to be honest. I feel a bit glum when I imagine a gluten-free life. No pizza? No freshly baked bread or an occasional beer? No waffles?!

Today, you can enjoy just about any type of food, without the gluten. Including waffles. I’m proud that Heartland Waffles offers a delicious gluten-free waffle mix. Our recipe uses a blend of white and brown rice flour to create a sweet, crisp and soft Belgian-style waffle. We’ve found a way to eliminate the gluten while keeping the gourmet. You won’t even realize you’re eating a gluten-free waffle—it’s that good.

And for universities, this superior recipe will provide all of your students the opportunity to treat themselves, regardless of their dietary preferences or health needs. Our superior-tasting gluten-free recipe is a simple and delicious way to provide a breakfast item that most people wouldn’t expect.